This plane is very special for us, because one of our team members is currently training for his sports pilots license (SPL) on a C42. Actually, Mario flies two different C42Cs: D-MYSF and D-MNLN which both belong to the flying school Magdeburg (flugschule-md.de), at EDBM airport in the city of Magdeburg in central Germany.

The Ikarus is the most common ultra light model in Germany, and is very popular in Europe and many other countries. The C42C is a fabric-and-tube construction, and is extremely light weight with very good useful load. Powered by a Rotax 912 engine, the Ikarus sips fuel at a very low rate and is surprisingly roomy.

Two different instrument panels are included with the Ikarus, a "Basic Trainer" and a "Full Panel." 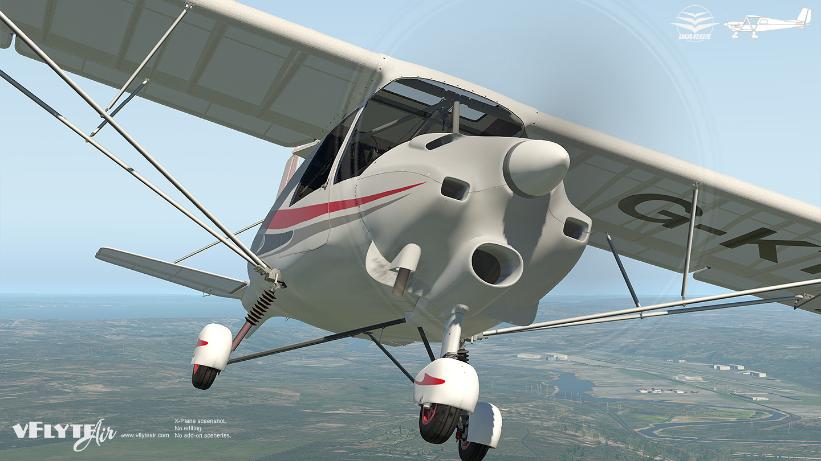