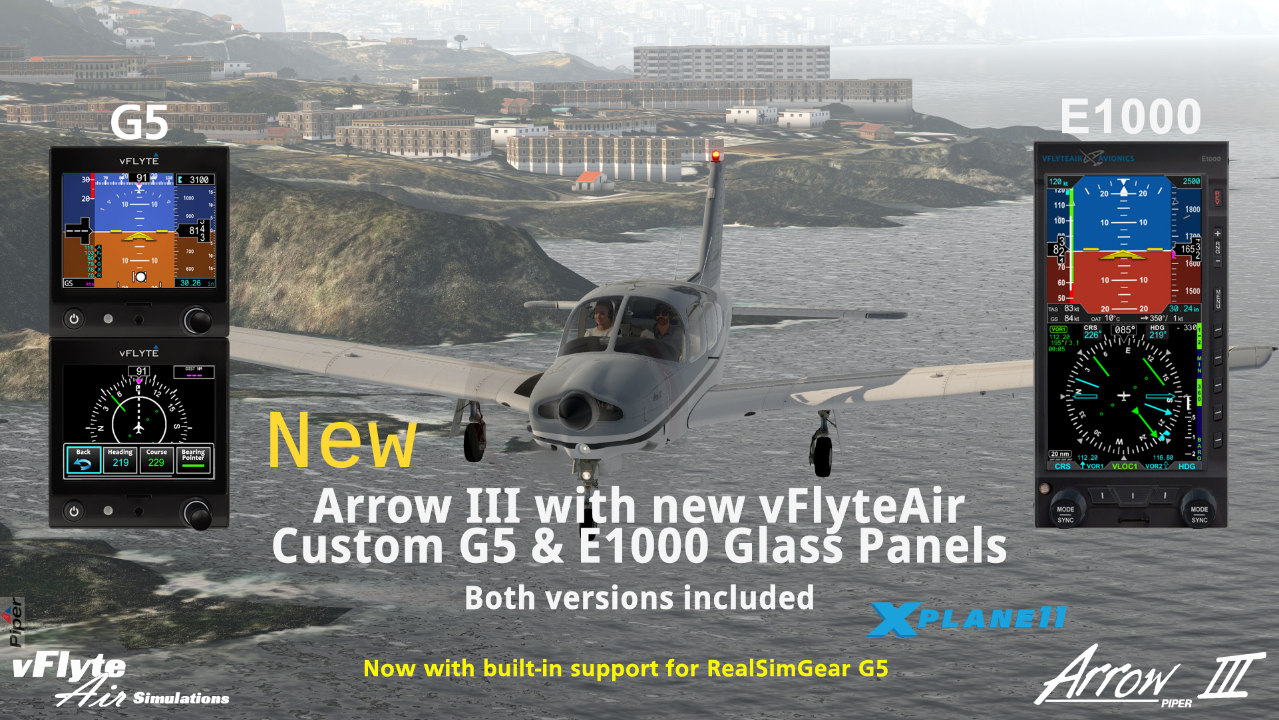 We completely rebuilt our Arrow III during 2020-21 and added our new custom-built Garmin G5 simulation. There is also a version with the Aspen EFD1000 simulation. Both models are included in your purchase. Simply choose the version that you want to fly when you run X-Plane. Both versions can also be flown with traditional "steam gauge" panels.